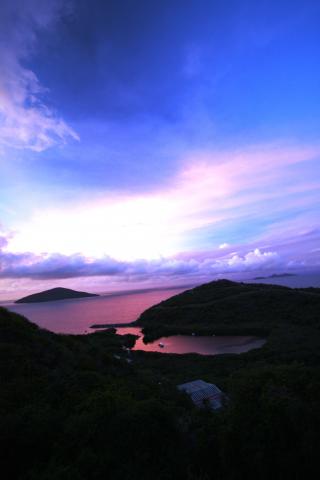 The documentary film “23-1/2 Acres: No Development Needed” won the Black Coral Award for Best Documentary Under 20 Minutes at the Third Annual Reef Renaissance Film Festival held Saturday, June 6, at Coral World Ocean Park on St. Thomas. The film highlights Mandahl Bay.
Filmmakers from around the world were showcased at the event, which focused on conservation, sustainability and the ocean resource. The winning documentary was filmed and produced by Karl Callwood, a member of the Steering Committee of Friends of Mandahl, in cooperation with several local environmental organizations. Callwood sees the award as continued validation for the preservation of Mandahl Bay.
"The vast bio-diversity of Mandahl Bay is indeed unique enough to concern the world's ocean scientists and environmentalists. Mandahl Bay is now internationally archived. It is my hope that because of this win, any future developer incursions at Mandahl Bay will automatically trigger the journalistic curiosity of the world's best environmental filmmakers." The film can be viewed at www.savemandahlbay.com.

Bryan to Move Territory to Safer-at-Home Level on Tuesday
CDC Issues Order Halting Rent Evictions for States and Territories Through Dec. 31
Governor Considering New COVID-19 Restrictions to be Announced Monday
In Deal Set to Affect Generations of Virgin Islanders, Fate of Bill Giving Up Territory's Decades-Old Funding Reserve Will Be Determined Today
The State of the Territory: Bryan Extols Successes of His First Year, Proclaims Territory on the Right Track
St. Thomas Named a Top Fishing Spot
Wheatley Leaving SRMC Better Than He Found It; In the Black and Still Standing